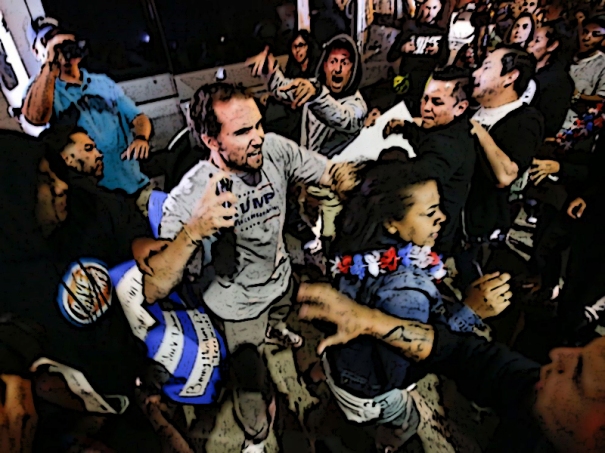 Many are saying that society is breaking down. I don’t think that’s entirely true. There are pockets of chaos among the young, the sensitive, the ignorant, and the unimaginative; but there are still plenty of rational folk to go around. While these weak individuals jump on the bandwagon to partake in groupthink propaganda and rally to the cries of baseless accusations of racism, sexism and hate against one another; people are forgetting this has been a historical cycle. Every few decades, there collects a critical mass of weak individuals that bicker and fight amongst themselves about feelings and nonsense.

If you’re one of those individuals that’s surprised you got your face pushed in for wearing a Donald Trump t-shirt in a crowd of irrational angry Mexican-Americans, then you’re senses are at fault for not signaling to you the times we live in. Let me be the one to finally tell you, “You’re part of the weak”. Sure, you might think yourself brave for promoting a capitalist candidate in the center of brainwashed misplaced civil unrest that’s against what they believe to be the results of capitalism, but you must realize an angry hostile mob is full of ignorant people. The most dangerous people on the planet are the ones that would support Mao, just to avoid supporting Hitler. They believe they must make a choice, when in fact there is no choice to make. They don’t understand the world so they act out the only way they can be useful, as blunt instruments against each other. They are also part of the weak.

Usually, as a fact of mathematical principle, if you find yourself surrounded by the ignorant and irrational, it’s because you are appropriately grouped. Whether you support candidate-A or candidate-B; you’re a statist that’s already been fooled into believing you make a difference. And so many fall for the classic trap of naivety, believing people aren’t lying to you. I can call anyone a racist or a sexist but it wouldn’t make it true. And for others to assume an assertion is accurate without applying critical analysis to ascertain if the claim is true, and then to stand beside the propagandist and chant the same nonsense; they are now operating underneath their lie. People that cannot get the facts for themselves never become real leaders. They may be delegated various tasks, but they’re working under the lie of another.

The rioting will escalate and immoral criminal behavior will continue to be publicly rewarded by the other weak follower types. The people that bicker and fight with others over these trivial issues of self, personal choice and preference; are more of the weak that will destroy each other. You see these people plastering their narcissism all over social media worshipping their own cultural destruction. If they continue to have nothing to offer society, they will find themselves outside looking in. And once society has cleansed itself of its weak through these developing public spectacles of lunacy and violence; the strong will step up to repair the damage and make a lot of money doing real work helping the truly needy. Then it will start all over again.

But we must not build our houses on corpses. The weak have very little to offer society in the long term; all they bring is intolerance, hate and violence to otherwise civil proceedings. We do not want the stench of their short-sighted failure to interfere with tomorrows dreams. Hate Week begins. 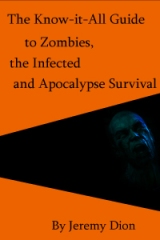